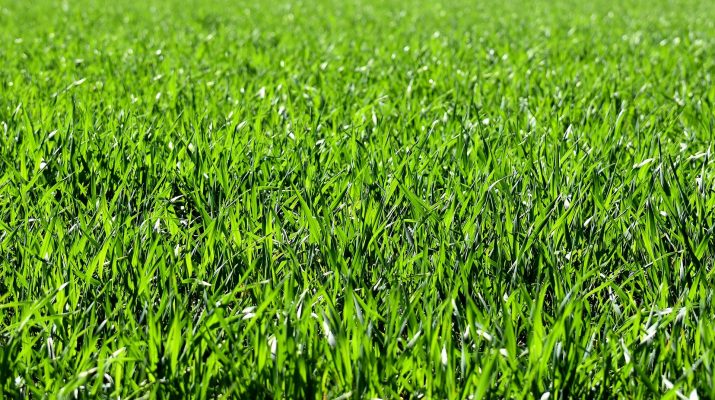 Chancellor Kazuha announced last Friday a new initiative for green spaces on campus to combat the widespread cases of loneliness among first and second year students. The Chancellor explained that in an effort to establish continuity in aesthetics among the colleges, these green spaces are to be created in the same manner as the historic lawns like Marshall Field and RIMAC field on the northwest side of campus. With concept renders showing a bright green plain for people to run across or sit on, UC San Diego deserves to know, what are the real effects of having more lawns on campus?

Before we can answer that question, we must first understand why we have lawns in the first place. When you look around La Jolla and the natural landscape, you don’t see a lot of green, flowing grass that you see on campus. This is because lawns as we know them are not native to La Jolla or even most of California. The advent of lawns for the sake of aesthetic purposes comes from the colonists of Europe who brought livestock which needed grazing pastures. As native grass in America did not exactly emulate the moors and plains of Europe, the colonists decided to create their own green pastures by dominating and colonizing the land. As urban areas began to move away from farming areas, urban and industrialized sections of a city began to adopt lawns for their aesthetic purposes. While this practice might be permissible in England or Europe where green moors are native to the landscape, the upkeep of lawns serve to be less than efficient in America and especially in La Jolla.

Because lawn grass is not native to La Jolla, it was difficult to grow. As a result, researchers at UC San Diego in the late 20th century developed a super grass, capable of extreme resilience by dominating the soil and surrounding areas. For the first time, grass was able to grow in La Jolla and at UC San Diego without extreme upkeep. This led to more green spaces established with the intent to create a cohesive palette at our university.

While the intention of creating continuity in terms of aesthetics across campus may seem like a prudent idea, it actually promotes non-sustainable practices and supports the ongoing tradition of colonialism at UC San Diego.

Let’s first address the issue of non-sustainability. Since the introduction of XtraGrw fertilizer, UC San Diego has integrated many nonindigenous plants into our landscape. While the aesthetics of this campus has become more diverse and stunning as a result, a study done by SIO found that the combination of nonindigenous species and XtraGrw created a bacteria that is harmful to indienous plants. As a result, over 80% of indigenous plants on campus and in the surrounding areas have died and have either been replaced with non native species or have been replaced by synthetic variants of native plants. According to a different study done by SIO, the combination of this bacteria and use of non native plants have increased the erosion rate in La Jolla by twenty percent, endangering not only UC San Diego but the ecosystems present in the tidepools, beaches, and grasslands around La Jolla.

But beyond the issue of non sustainability, the installation of lawns would support colonialistic practices that both serve to promote western supremacy and marginalizes indigenous relations of knowledge. While many people would think of the pilgrims or establishment of villages as colonialism, the use of plants in landscape can also reflect those ideals. Under colonialism, there is a sense of domination and subordination in which the invading ideals are implemented to dominate the “old” thought. In the context of lawns, these areas not only could have been planted with indigenous plants but, in terms of representation, laws serve to create a western sense of familiarity. I mean think about it, if lawns are foreign to indigenous folks, who are lawns created for? The very thought of inclusion of lawns bolsters a western view of landscaping where one seeks to dominate the soil. Furthermore, if we are to become a more conscientious society, how can we ignore our relationship to the soil? Interdisciplinary studies have shown that plants have an effect on our mental health and the relationship we have with our surroundings can influence the presence of greater health concerns as we get older. If we are to internalize colonialism in our ideology as well as in our body, how does that serve our student body in the long run?

The answer to that question lies in indigenous knowledge. Through the scholarship of many indigenous researchers, studies have shown that adopting a holistic and relational perspective to an individual, their community, and their environment can increase longevity, improve mental health, and even mitigate hate crimes in some instances. By planting lawns, UC San Diego not only dismisses this research but implies a lack of relevancy. I understand that for the university, it wants to make the most cost efficient and PR friendly decisions it can make. However, that is no excuse for continuing a tradition that has been criticized as colonialistic and inherently discriminatory. 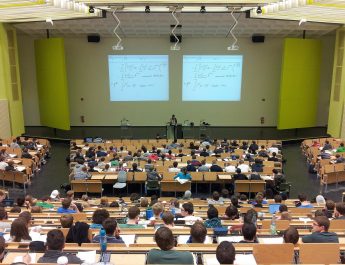 The Case for In-Person Attendance