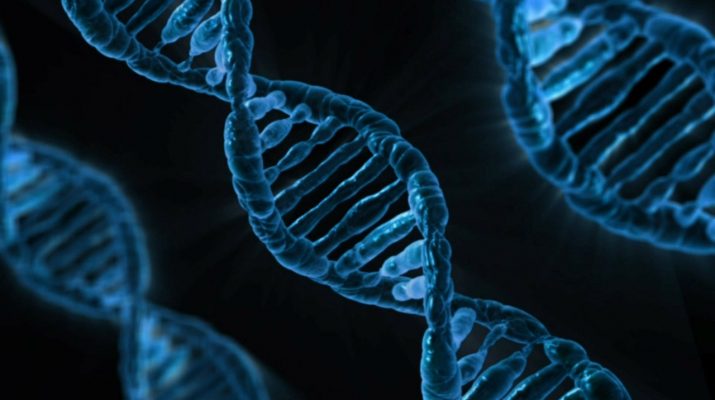 Gwen Benaway’s “Transitions” describes how a young office worker attempts to expedite her transitioning process using experimental medication but learns how her Anishinaabe heritage might provide a better alternative. The story starts with a woman going to a hospital to participate in a hormone treatment she hopes will accelerate her transitioning process. After receiving the medication, she goes to work and attends a teaching by an Anishinaabe Elder on gender roles in the Anishinaabe community. The protagonist, being both Anishinaabe and Métis, understands the elder’s talk and listens closely. After the meeting, the woman experiences visual and auditory hallucinations that she thinks are caused by the drugs she took earlier. The next day, the woman receives a call from the Elder where the Elder explains how the office worker should participate in the transitioning customs of her heritage, the Anishinaabe, instead of through “modern” medicine. Annoyed, the woman hangs up and calls the hospital to report the side effects of the treatment, only to find out she was in the placebo group. She then finds the elder’s contact information and intends to call to start the transition process through the customs of her heritage. This short story explores the idea of how only through embracing indigenous forms of knowledge can a person truly transition and seize the agency they desire.

Gender and sexuality are integral to Benaway’s story as the implied argument of “Transitions” is that a purely hormonal or medicinal perspective of transitioning is flawed and that indigenous forms of knowledge could provide a more holistic and rewarding alternative. One aspect through which indigenous ways of knowing could provide more support than medicine is through community. Western culture and capitalism has encouraged a perspective of individualism to the extent where people do not recognize the impact of community. Furthermore, Leanne Simpson describes as follows: “This imposed an artificial gender binary as a mechanism for controlling Indigenous bodies and identity and sets out two very clear genders: male and female (123).” The combination of embodying gender binary while also solely taking a perspective of individualism is detrimental to an indigenous person’s well being as seen in “Transitions”. In the teaching, the protagonist describes, “She looks over at me whenever she speaks about female roles, smiling a wide Anishinaabe smile and nodding her head a little (81).” In Anishinaabe traditions, everyone has a role in supporting and providing for the community. In “Transitions”, only when the woman accepts her identity in her community does she truly start her transitioning. The solitary approach the woman initially attempted not only failed in terms of facilitating her transition, but also failed to involve her in a supportive community. In a way, the perspective of individualism both drove her into isolation while also alienating her indigeneity. This intersection between gender, sexuality, and community is integral to many indigenous cultures and serves to argue how an indigenous view of transitioning can be healthier in terms of social interaction, support, and decolonization of one’s body.

Agency is another way in which “Transitions” explores how indigenous ways of knowing can holistically view transitioning. Nearing the end of the story, the protagonist laments, “No one seemed to understand that this was my body and my journey (84).” As a result of external opinions and now the Elder’s advice, the woman feels unsatisfied in how comfortable she is in her personal journey. However, this frustration can be seen as her dissatisfaction in the amount of agency she can assert within the current culture, an example of capitalism and colonialism. Everyone has an opinion and are not necessarily supportive. However, in regard to agency in indigenous knowledge, Simpson explains: “This is a relationship between her and the spirit world. No one else has the right to interfere with that, unless it is causing great harm to someone else (120).” While community is integral to indigenous life, it does not extend to the point where community limits a person’s agency, as seen in “Transitions”. While the conflict seen in the story could be misinterpreted as the woman letting go of her agency to the whims of indigneous customs, this is actually an instance where the woman realizes that only through her culture can she truly seize the agency she desires. Colonialistic and capitalistic notions of agency are always hedged by strict binaries and community enforcement. However, the woman is able to transition with more agency when she realizes how an Indigenous perspective of transitioning can give her the agency she desired. In the image below, I chose to highlight the division of the protagonist’s choice between transitioning through medicine, as depicted as blue pills, and her Anishinaabe culture, depicted as sage. The main theme I wanted to highlight was the story’s argument that indiegenous knowledge could offer a more comprehensive perspective of transitioning than just through hormonal medicine. The use of sage and color theory encapsulates how I wanted to convey how indigeneity can offer a more comprehensive view of transitioning. I colored the pills blue and a winding outline of the sage red to allude to The Matrix in which the protagonist chooses between living in ignorance, the blue pill, or accepting reality, the red pill. Although not a perfect parallel, I wanted to highlight the woman’s struggle in accepting her heritage as a better alternative to “modern” medicine: reality vs ignorance. Additionally, the two options are set on a backdrop of a gradient of colors representing the LGBTQ+ flag. I chose to not represent indigeneity with the Two-Spirit flag but with sage as not only is “Two-Spirit’” a contemporarily invented term which does not apply to all indigenous cultures, but sage is one of the sacred Anishinaabe Ceremonial plants used to purify. As the woman’s struggle could be seen as a purification from colonialism, I thought sage would be fitting over other ceremonial plants. 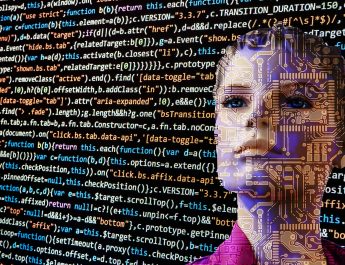 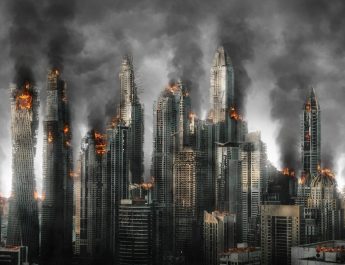 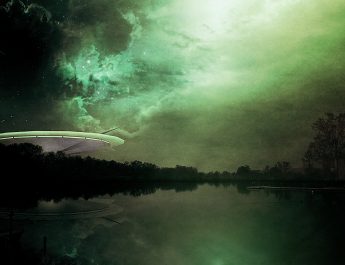