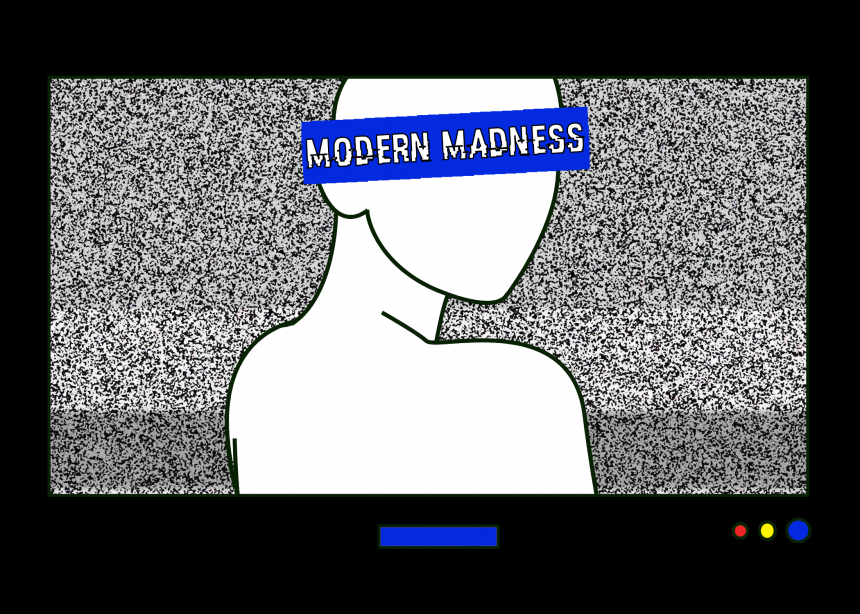 As a long-time lover of films and an individual with mental illness, I always gravitate toward movies that involve mental health. They’re interesting, and I personally find them more exciting than a Rom-Com. However, this is not to say that they are perfect in every way.

While mental illness is a topic that warrants widespread conversation, the very act of discussing it may do more harm than good (da Rosa et al. 2019). Images of mental illness can worsen can make viewers’ moods drop, as well as leaving them more focused on subjects like suicide or depression (da Rosa et al. 2019). Along with negative emotions that result from media of this kind, the decades-old circulation of false portrayals of mental illness have larger social impacts (Wahl 1992). Improper diagnoses, exaggerated symptoms, simplified struggles, and dangerous and violent characters are some of the negative images that make the foundation of mental illness portrayals in mainstream movies (Harper 2008; Stout et al. 2004; Wahl et al. 2003; Pirkis et al 2006; Goodwin 2013). These trends then saturate society with stereotypes, the frequency of their display making stigma against mental illness the accepted reality (Pirkis et al. 2006; Anderson 2003). This matters because “mass media” like “television [series] and…news [programs]” serve as “the primary source of information” for many (Stout et al. 2004).

A lot of important research on this subject has been done before, especially regarding issues of the portrayal of mentally ill individuals as violent and dangerous in some way (Wahl 1992; Stout et al. 2004; Wahl et al. 2003; Pirkis et al. 2006; Goodwin 2013; Harper 2008). My study, Modern Madness, was inspired by these issues and further examines the nuances of mental illness portrayal in mainstream movies. In my quest to find answers to the many questions I and those before me have asked, I set out to find the most common traits of mentally ill characters and the differences between mental illness portrayals in Horror/Thriller and Drama films.

So what is stigma in relation to mental illness? Since stigma is such a broad and complex concept, I used work by Link & Phelan (2001) and Davis (1997) to make a definition specific to this project: stigma is “the expectation of an inability to function in society and as a person due to one’s symptoms.” With this definition in mind and being aware of the common issues of mental illness in movies, I ended up asking myself: How do the tropes in films about mental illness contribute to stigma, and vice versa?

To answer this question, I consulted a media librarian at UCSD to discuss ways of narrowing down my data set. We decided I should focus on American feature films from the past decade that centered on mental illness. I searched online, and, thankfully, there was a public list of movies about mental illness on IMDB (“Movies Depicting Mental Disorders” 2014). With my films in mind, I sat on my couch and cracked open a nice can of narrative analysis and Creswell’s (2009) modified ground theory. I watched the films twice, compiled a list of tropes, and then created different matrices to analyze the relationships between tropes and within genres.

Thankfully, all the stress and internal conflict paid off. By the end of this, I had a better idea of just what was going on in the types of films I love so much. Two distinct narrative structures of drama and horror/thriller films were discovered, as well as nine tropes of mental illness stereotypes. These things work in combination to show that mental illness is harmful to the individual and others. Representation like this only succeeds because film environments are predetermined as dismissive of mentally ill characters due to social stigma. This reveals that the simplification of mental illness experiences is a significant trend in mainstream film, achieved by calculated storylines and the stereotypes of mentally ill individuals. Therefore, when considering the widespread social stigma against mental illness, media matters. By understanding the shallow construction of mental illness experiences in film, we can become active in rejecting the false information on the screen, rewriting the narrative according to what we know to be true. Modern Madness, then, is my attempt to help us all be more active and aware when watching movies.

In the rest of this website, you can see more details on my findings and conclusions, as well as a four-part video series explaining everything (links to videos will be at the bottom of their respective pages). Enjoy your stay here, and I hope you come out stronger after experiencing this modern madness!

TRIGGER WARNING: This project is based around mental illness and how its portrayal is affected by stigma. Therefore, there is discussion of various mental disorders (Bipolar Disorder, PTSD, etc.), harmful behaviors (self-harm, suicide, etc), and negative stereotypes (violent, non-functioning, etc), amongst other things. Read at your own discretion.

A huge and warm thank you to my amazing research advisor, Dr. Fielding-Miller, for all of the encouragement, wisdom, and enthusiasm she gifted me along this process.