This was my first trip to Chicano Park. I’m glad I came on this day and got some of the history from Professor Luis Alvarez,  before exploring the park and surrounding area by myself. I have learned so much about Chicano Park during my 2+ years in Ethnic Studies, including from Mexican American Culture class during my community college days in Salt Lake City, Utah. I have come a long way to be studying Ethnic Studies, and to be in San Diego, a borderland, or what Harsha Walia would call a “nexus of oppression,” at the heart of it, really brings all the academic theory to the fore, and what we talk about in class becomes palpable. Hearing about Trump’s prototype visits in Otay Mesa, the separation of children and placement into our community, and myriad other impactful, real life demonstrations of state racism in our city, it is necessary to also visit sites of survival and resistance like Chicano Park.
This picture of Emiliano Zapata, and the quote (which more can be read about here: http://www.gramscimania.info.ve/2010/10/prefiero-morir-de-pie-vivir-arrodillado.html) drives home some of the things we have been covering in both of my Ethnic Studies classes this quarter, mainly, not giving up and keeping up the fight when things are grim. I’m sure hearts were beating hard when residents in Barrio Logan, Mario Solis among them took up their hand tools and commandeered the heavy machinery that California Highway Patrol had deployed to build their station. I just know that things were not certain in the minds of residents as to what would happen to the plot of land they were (nonviolently) fighting for, but this did not stop them from taking the stand, that they knew was necessary, anyway. I think this embodies the sentiment in the quote. The story of Chicano Park is truly inspiring. 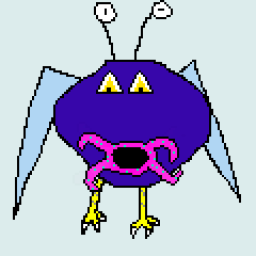