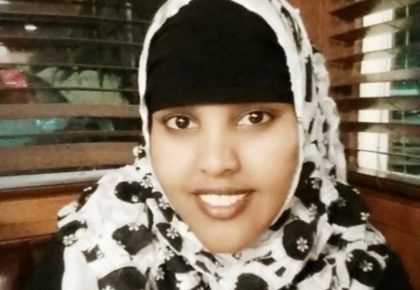 Ismahan Abdullahi, is a first-generation Somali-American woman who has lived in Denver, Colorado before moving to South Bay and then City Heights in San Diego, California. She currently works as the Executive Director of the Muslim American Society (MAS) under the Division of Civic Engagement. Her career path towards political activism was inspired by her early childhood experiences and by many events she has witnessed amongst communities of color throughout her life. As a former UCSD student, Ismahan was involved as the President of UCSD’s Muslim Student Association (MSA), where she discovered her passion for fighting for justice and equality for African Americans. The interview END_OF_DOCUMENT_TOKEN_TO_BE_REPLACED

Shamseldin Abdelaziz  is a 17 year old Hoover High School student who was born in Sudan and moved to Egypt when he was 1 years old. After living in Egypt for 7 years, which he described as a very memorable experience, he and his family moved to the United States. Shamseldin currently lives in the City Heights neighborhood in San Diego and is very proud to be a member of this community. An excellent student, Shamseldin has been accepted into many universities and has a full scholarship to attend UC San Diego. Along with being a great student, he gives back to his community by END_OF_DOCUMENT_TOKEN_TO_BE_REPLACED 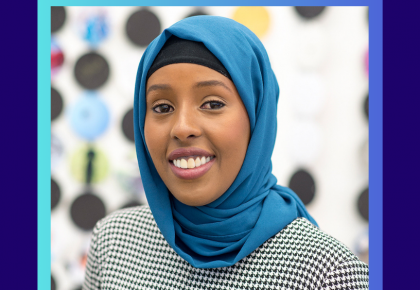 Ramla Sahid did not consent to have the audio recording of the interview uploaded. However, she did consent and approve the use of the interview transcript. Ramla Sahid was born in Mogadishu, Somalia in 1986 and is the founder and executive director of the Partnership for the Advancement of New Americans (PANA). The interview discusses her early childhood leaving the war with her family; the resettlement of some of her family members in Ethiopia; the year she spent with her family in a Kenyan refugee camp; her experience with dual-language immersion in Dallas, Texas; and her experience growing up with, and the subsequent importance of, END_OF_DOCUMENT_TOKEN_TO_BE_REPLACED 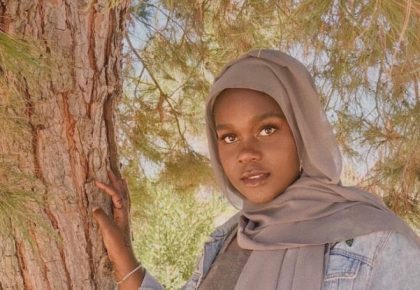 This interview with Noun Abdelaziz was facilitated by Reem Zubaidi at the Refugee Health Center. Noun and I met at the Refugee Health Center and conducted the interview in the conference room. We discussed Noun’s background, including where she grew up, what her family was like, and her experiences in grade school. Noun moved to City Heights when she was 10 years old after moving with her family from Egypt. She started work at the Youth Advisory Council in her second year of high school and is continuing to work to correct food and health disparities 3 years later. Noun was a key member in END_OF_DOCUMENT_TOKEN_TO_BE_REPLACED