Music is a form of art that we audibly receive. However, not all of the audible signals just become music. Music is made by human mental activity in a broad sense. Music varies according to time and nation, and it is also a method that tells how each era or nation captured their own sound in their own way. Through this process, music became more and more subdivided and diverse. In some ways, it can be said that music represents the common culture of a people.
People feel familiar with expressing their emotions and feelings through music, and such a method was common to mankind. Therefore, when you know music, you can communicate with people of different cultures through it. For example, in our first orientation test we did, many people guessed their feelings and feelings for the song by more than 50%. Therefore, music is not simply accepted as an auditory signal, but is a comprehensive art of tangible and intangible things such as feelings and meanings.
What impressed me most about this class was the reading and documentary “Mister Rogers: It’s You I Like, A Retrospective of Mister Rogers’ Neighborhood.” The main focus of this documentary was on the PBS children’s program Mister Rogers’ Neighborhood and the host Fred Rogers. What Fred Rogers showed in that documentary was that through music we can become one, regardless of race, age, or disability. In that documentary, I saw people with disabilities demonstrating their outstanding musical skills, and also educating children. I was moved by the documentary and thought it was the central topic of this class.
The Songs by Heart assignment was one of the most difficult. I don’t enjoy working on assignments with other people, and we had a lot of trouble choosing the songs. However, in the cooperative task, I think we have overcome that process. The Beatles’ “Hey Jude”, which was my idea, was a good selection. lol.
Project 1: Creating a Lullaby Podcast gave me a technical challenge, but it also gave me an achievement. My interview was with my sister Johanna. After going through the horrendous loss of files twice after recording, I was able to create the original podcast. I apologized to her and had no choice but to buy her ice cream. Creating and editing podcasts was also a new job for me. In the end, I put a lot of time and effort into making it, and I think I made it well. Also, the editing time with Sue was great. Thanks Sue.
Project 2: Solo Singing and Autoethnography was probably my least favorite assignment. In the process, the time to select and sing a song was not very good. Besides, I felt very hopeless about my voice. I couldn’t sing high pitches, and my unstable, trembling voice made my songs unheard of. In addition, compositing video as well as audio files was very difficult. Still, it made me feel better to think that this experience could make for better results in my later classes.
Through this class, I seemed to have learned to reflect on music and communicate with others through it. After I entered UCSD, it was the time when I was most involved in the process of collaborating with others. Special thanks to Jasper and other classmates for teaching me these things. 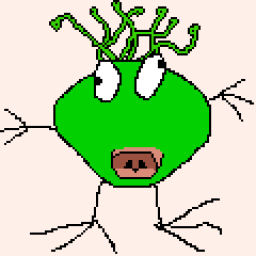