Oh, the grievances of getting someone’s attention. It is that valuable commodity that lays the groundwork for every meaningful opinion, every question and request, every
teaching, every performance. We learn how to attract attention from an early age; in fact, we are born with this “knowledge.”

Human infants do not have the natural strength to cling to the backs of their mothers, or begin walking moments after birth. No, they rely uniquely on their instinctual ability to draw the attention of those they depend on; they
rely on their cry.

As we move through life, we are taught not to rely on such crude forms of attention-getting. We are taught to raise our hands, to mind our tone, and to monitor our volume. And an important step towards social maturity is learning to gauge when it is an appropriate time to interject or insert ourselves. Though it is often regulated in our largest social environments like work, school, and theaters, it remains that our voice is what most frequently wins attention from those around us. In fact, winning and maintaining attention is a prominent social function of our voices, one that interplays with such complexities as our freedom and self-confidence.

First, we should note the diversity of ways we modify our voices in the name of attention:

Even within this list (though it is obviously inexhaustive), one could employ any given tool in multiple scenarios. Though maybe not explicitly acknowledged, this is usually understood; human expression is intricate and nuanced, what else is new.

The deeper insight is understanding how using our voices for attention is a vastly
differing experience, per the individual. For some, there is a struggle to win over
attention in the first place. Such an individual might agree with, “I don’t have a voice.” For others, maintaining attention is the difficult part; they might say, “I don’t feel heard.”

For me, this inspires what I can only describe as a flurry of questions.

If someone feels like they don’t have a voice, then what does that say about their
freedom? Do they come from a background of suppression or oppression, where speaking or even making noise out of turn is highly frowned upon, or punished?

If we take it as true that freedom to speak is necessary to gain attention, then what happens to someone’s self-confidence and social mentality when they have been conditioned not to use their voice as a tool?

What about someone that feels they don’t have a voice, do they come away from social interactions with increasingly lower self-confidence? Would repeated instances like that eventually lead to discouragement or a lack of confidence that ultimately causes them to repress their voice on their own? Can someone eventually go from “not feeling heard” to “not having a voice” at all? How does someone cope with the lack of influence over parts of their own life?

Now, I also propose that this entire discourse is even more fitting when we focus
specifically on attention and singing. See, for however intimate a conversation could be, in general, singing, especially solo, is much more vulnerable. This is mainly due to a sort of Pareto Principle: a small percentage of the population produces a disproportionately large percentage of the music that a large percentage of people consume. Put simply, there are far less musicians than music-listeners, of which there are, well, a lot. Everyone, in fact. And everyone can point to a song that they think “sounds good,” meaning everyone has a baseline standard for what “good singing” sounds like. However, only some fraction of people practice and “shock” themselves by performing or rehearsing in front of others, let alone strangers. Thus, singing requires a vulnerability that many “regular” uses of the voice do not.

However, there is a unique means by which singing catches our attention, one granted to it by its societally prescribed nature as an art: beauty. While there is no denying that a great orator is capable of winning our attention and moving our hearts, only those that can appreciate it would describe a speech as “beautiful.” In contrast, everyone can be drawn in by some sort of singer. For some, it might be a resonating soprano; others, a grizzly bass; others still, a tenor belting out a pop ballad. And though it can be difficult to distinguish between attraction to the singer themselves and recognition of their voice’s beauty, it is sufficient to say that people still listen to music without the visual of the singer, and so there is some acknowledgement of the voice’s beauty in that.

Everything in consideration, there are so many different reasons we get attention, yet so many lead right back our voice. A chance to grow lies not only in the efficacy of our vocal usage, but also in developing the awareness to take notice of who is winning attention in our everyday lives; and, more impactfully, who is not. Donating but a YouTube video’s worth of your attention may be all it takes to bring someone closer to freedom, to self-confidence, and to humanity. 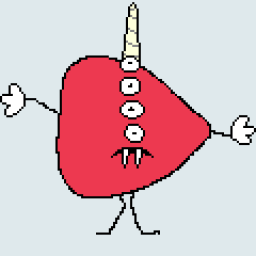