On Wednesday, May 9th, our class was able to take a group field trip via bus down to Chicano Park in Barrio Logan.  The park lies just below the Coronado Bridge freeway and was named a National Historical Landmark in December of 2016.  I’ve visited the park several times since starting school at UCSD, sometimes even making the nearly 2 hour trek via the 150 bus and trolley lines to get out of La Jolla.  Much like my partner site in City Heights, the neighborhood and people make me feel so much more at home and comfortable to be myself. This time was familiar yet new in some of the information Professor Alvarez shared with us.  For example, I learned that prior to the park being built, it was a huge junkyard and that the community came together to create (and later defend it from police occupation) the park from scratch.

I went intentionally to find the artwork done my mujeres and specifically, the mural on the East end of the park done by high school girls.  I had heard earlier that this mural (mostly self portraits of the girls) was one of only two murals done by women, which I think speaks partially to very valid and needed critiques of the creation/participation of the Park and the Chicano Movement in general.  I also enjoyed some Sabritas Adobadas and an iced tea (from the liquor store across the street) with Karla while we observed community members and families out and about. I felt happy and at peace to be away from UCSD, even if only for a few hours. 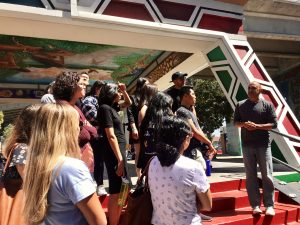 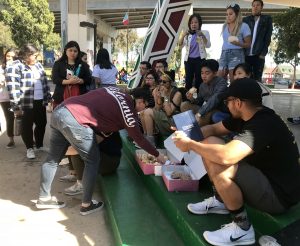 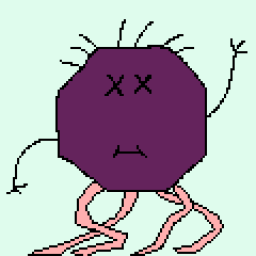