Working with the ninth grade class at the Barrio Logan College Institute (BLCI) has been such a great experience thus far. I have learned so much about the communities that surround UC San Diego, the communities that make the San Diego area what it is today. I also learned that the students who attend BLCI are not all from the Barrio Logan community, some travel upwards to an hour from their high school to get to the Monarch school which is where BLCI is located. It amazes me to see how independent and driven these ninth grade students are. When I first learned that I would be working with ninth graders I was both nervous and excited. I was nervous because I remember how difficult ninth grade could be, but I was excited because as ninth graders these students have something I often wish I had more of, time. The fact that these students have already begun to think about what they want to do with their future at the young age of fourteen is truly inspiring. I am excited to see all the great things that these students will accomplish on their individual journies towards success.

The first week that my group partner and I went to BLCI we had a small meeting with the high school specialist who told us that the ninth grade workshops mainly focused on personal development. That week we were able to participate in an activity that had the students describe the qualities of an ideal ninth grader. Through this activity, I learned that some of the students felt as if they had to act a certain way in order to fit in. They found themselves doing what was expected of them, instead of doing the things that they wanted to do. This really resonated with me because growing up there has always been an expectation of me to get a higher education, a job that earns a lot of money, and to make a better life for myself. During the second week at BLCI we took a trip to Chicano Park and the students had to take a photo that describes where they come from. This last Monday my group partner and I lead a workshop where we had the students create a vision board that incorporated this photo by having them describe where they come from on one half of the board and where they want to go on the other half. This activity allowed me to learn so much about the students individually. I look forward to continuing to learn more about these students and offering them any advice I could possibly offer. 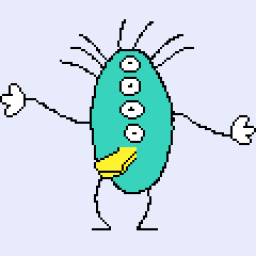