Beatriz Velez is a 26-year-old alumni and current parent coordinator for the Barrio Logan College Institute. She was born and raised in Barrio Logan, California to Mexican immigrants and identifies as a Mexican American. In this interview, Velez discusses her experiences growing up in Barrio Logan and how Barrio Logan has changed throughout the years. In particular, Velez discusses the cultural and historical significance of Chicano Park and the development of the Chicano Park Museum. This interview also explores and discusses the challenges Velez faced when pursuing education, especially as a first generation student and a single mother. Velez addresses the difficulties in transitioning from community college to San Diego State during the pandemic and campus resources that helped her manage the transition. Velez also discusses both prior and current relationships with Barrio Logan College Institute, especially the role her mother played in getting involved with BLCI. This interview also highlights her current role as parent coordinator and the impact it has had not only on her but the parents within Barrio Logan. Lastly, this interview examines the hardships Velez and her family have faced throughout the pandemic, especially the emotional, mental, and financial strain it has caused.

This interview was conducted via Zoom due to COVID-19 protocol and social distancing guidelines. The interview was conducted by Nathalie Barragan, a 3rd year Biochemistry major at the University of California- San Diego who was interested in examining community relations and Education. In particular, the hardships of underrepresented and underserved communities as well as the hardships of first generation students in higher education. 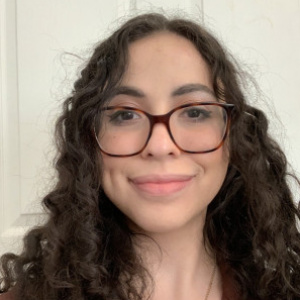 Nathalie is a 3rd year biochemistry major at UCSD