On May 9th, HIUS 144 took a trip down to Chicano Park in Barrio Logan.  Chicano Park is located in the outskirts of downtown San Diego, under the towering Coronado Bridge. In 2016, Chicano Park was deemed a national historic landmark, noted for its focal point for Chicanx culture and activism in San Diego. Chicano Park is a San Diego gem. I have had the privilege of visiting Chicano Park on various occasions, most notably during the last two annual Chicano Park Day celebrations. Walking through the park while gazing at the murals inspires me to represent my “gente” in all my endeavors. The looming murals of la Virgen de Guadalupe, Aztec mythology, the Mexican Independence, and Chicano movement strike me in awe every time I set foot on the park. Having been enrolled in HILD 7C with Professor Alvarez last spring quarter, I remembered a lot of the history of the park, with the notable points being remarked by Professor Alvarez prior to setting out around the neighborhood. I began my tour by seeing the murals of the Virgen de Guadalupe, paying homage in honor of my abuelos, while continuing on to admire Miguel Hidalgo and other Mexican war heroes in the looming murals close to the central plaza. I visited to the community garden, whose smell reminded me of by grandmother’s garden back home, the smell of rose buses, yerbabuena, and dry climate plants filling the air. During my time in Chicano Park, I visited Border X Brewing tasting room and Por Vida coffee shop. 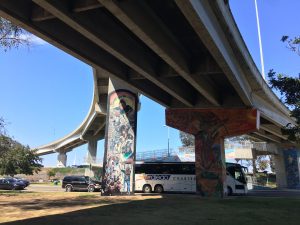 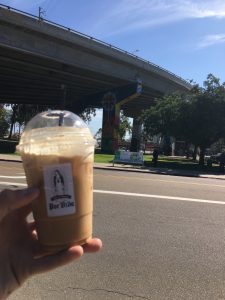 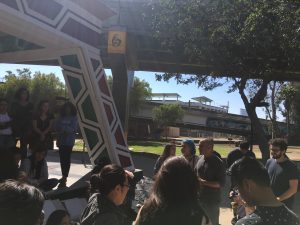 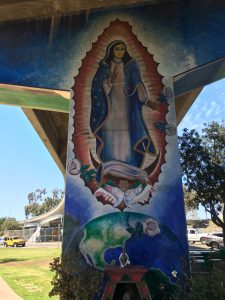 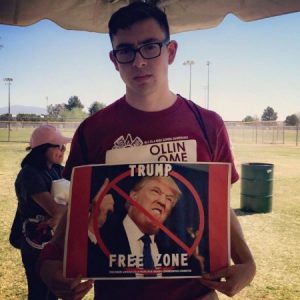