On Wednesday, May 9, 2018, Race and Oral History class took a detour to South East San Diego, California.  We visited a historical landmark that has captivated the world, known as Chicano Park. This park is the largest outdoor mural exhibition in the country, it depicts and portrays the story of the residents of San Diego’s Barrio Logan in the form of murals. These murals stand as high as the T-shaped highway pylons that hold the San Diego Interstate 5.  As I drove by the park, I tried to understand the message being expressed through this parks mural, without any clue of the background on the new paintings. I was educated on the history behind these beautiful murals, the mural that captivated me the most was the powerful image of the initial takeover known as the Chicano Park Takeover, created by Tomas Castaneda and Roger Lucero. The mural represents the suffering of Mexican American culture fought throughout history. The colorful image The Chicano Park Takeover shows resistance, unity, cultural heritage, political activism, and Chicano culture.

The honoring moral, Chicano Park Takeover, exemplifies resistance against the city of San Diego. The residents of Barrio Logan resisted by standing their ground to construct the park they were assured. Although the residents of Barrio Logan were promised a park, the city of San Diego began to construct a highway patrol station where the park was to be located. Castaneda and Lucero dedicated themselves to create a place that educates Mexican Americans on the history of Chicano Park. In the top middle section of the T- shape pylon, the mural portrays their struggle and is being exemplified by a large image of the Mexican American people.  These people represented by brown-skinned men and women wearing white and brown t-shirts are hard at work using shovels, rakes, and pickaxes to build a park for their Raza. Even though the sun is beaming down on the workers, they continue to put in the effort to reclaim the land where their homes once stood. The mural is a cultural representation of the period and has set the stage to continue the agenda of equality for Chicanos today.  In the painting, Chicanos are challenging an authoritarian and promoting community resistance for the Barrio Logan residents. Resilience is being identified by the Chicano/as who perform volunteer work while demanding the city to build a park instead of a highway patrol station in Barrio Logan.

Chican@s in the community wanted a way to represent their historical identity. It is a place that educates someone like myself on my ethnic background through art that has meaning and history. This mural as many others continue to educate folks across the world. 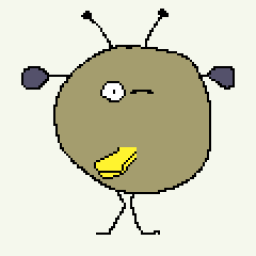