For our group project, we were given the task to collect information on the alumni of BLCI. While the other classmates were able to focus their project on the class of students they worked with, we did not have a class to work with and, thus, were given the task of collecting information for BLCI on their alumni. This was a project BLCI had needed to get done for a long time, so it was a great serving opportunity for us.

Prior to volunteering for BLCI, I was minimally educated on why BLCI existed and what impact it actually had on the Logan community. The community of Barrio Logan is a poor community with low levels of education. Approximately 3% of the community receives a bachelor’s degree. The founders of BLCI knew of the need for an organization to address the problem. BLCI is an afterschool program that provides students with, “knowledge, opportunities, and skills.” These qualities are provided so students can take them all the way to the doorsteps of universities and resist the systems of oppression that do not want them in these spaces of higher education. The way BLCI directly responds to the needs of the Barrio Logan community is what sets it apart and makes it so successful. Each student that follows their curriculum is guaranteed admission into a college. BLCI helps first-generation students and their families in the transition into university life with counseling specific to challenges presented to those in the Chicano community.

A key part of making a successful program is to analyze the results. There is no point in having an afterschool program that is getting first-generation students of color into college if those students are not graduating from college. Collecting and updating information on where the alumni are now, is essential to making the program the best it can be. Making it the best program it can be will directly impact the college success of its students and, more importantly, their success after college.

We found that in our limited time at BLCI, a survey with straightforward answers would be the most effective way to collect information useful for the administration of BLCI. BLCI alumni are scattered throughout the country so online methods were the best option to gather as many responses as possible. Our project mainly consisted of obtaining as many responses to our alumni survey as possible. There was a lot of collaboration with Gerardo to figure out what information we wanted to gather and how it could be done effectively. Our strategy boiled down to sending a survey to alumni through email and following it up with phone calls.

The survey proved to be the trickiest part of the project because of the importance of language. How a question is presented will have a strong effect on what response one will get. A question with multiple choice answers will not provide the same detail as a question with a response box. How the question is asked also influences the responses. Certain words will provoke specific emotions that will then be translated into the responses. Take as an example the question “Did you drop-out of college?” vs. “Are you currently enrolled in college?”. The first question has a negative connotation, because of the term “drop-out”, that might prevent people from completing the survey. The second question, on the other hand, does not have the negative connotation. Even though question two does not tell us whether a student dropped-out or graduated, follow up questions on what degrees they hold can give us that answer. The second question is one we used in the survey because we did not want to use the harsh term “drop-out”. With this thought process, we created a survey that collected information on where alumni are now, how they got there, what they appreciated of BLCI, and where they think BLCI has room to grow.

Following the creation of the survey, we waited one week after sending it out before we proceeded to make calls. We only called those who did not reply to the survey through email, which turned out to be a substantial amount. Out of the 163 contacts on the alumni master list, 18 responded to the survey. That is approximately an 11% response rate. A couple of factors contributed to our response rate. First and foremost, most of the emails and phone numbers were outdated and as a result, we were not able to contact most alumni. Second, surveys do not tend to grab most people’s attention especially when there is no incentive besides completing the survey. Most of the phone numbers were disconnected. We were only able to get in contact with about six people in total. Majority of those we contacted were home phones and the alumni we were looking to speak with was not home.

From our responses, we were able to gather interesting data on the alumni. We learned many of the alumni were out doing great work. One of the alumni was working for an artist and grassroots activist in the Bay Area. Others have gone on to become Attorney’s or return to work at BLCI. It truly is inspiring to see how BLCI alumni have gone on to drastically different careers. When asked what their most rewarding experience was after BLCI, the responses were all different. They ranged from talking about law school, having children, and being able to work with low-income students across California. The last question on the survey was whether they would be interested in participating in future BLCI events. Out of the 18 responses, 17 replied that they would be interested in coming back to BLCI in a variety of ways. From tutoring to leading programs, to being on panels, alumni are willing to give back to BLCI and its current students. Also, when rating their college experience, 94% replied either Strongly Agree or Agree and 5.6% replied Strongly Disagree. Overall, those were interpreted as a positive result for the work of BLCI.

In order to improve our results, we could have been more persistent in finding alumni’s contact information. We could have added more N/A options in order to allow people to opt out of answering questions that might have not applied to them. Nevertheless, it was an overall positive experience that we will hand off to BLCI staff for the feedback to be able to best achieve their goals. 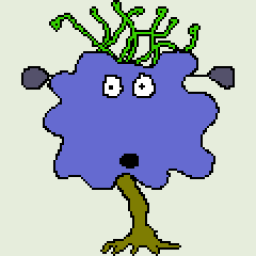