You may be wondering what makes this class so different from any other class you have taken thus far in your academic career. When I enrolled in the class, I only knew that I would have to eventually interview somebody but did not realize how involved I would become with communities outside of UCSD. Race and Oral History in San Diego changed my relationship to studying history and conducting research. Studying was no longer just about reading books and endless PDF files but rather became about having conversations and learning how to find ways to improve a community and engage with your community partner. The END_OF_DOCUMENT_TOKEN_TO_BE_REPLACED 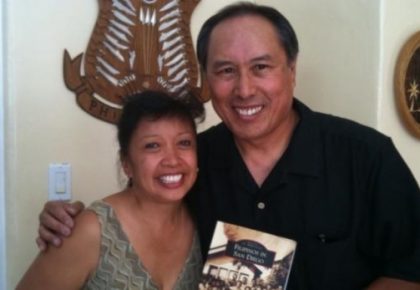 Felix Tuyay, born in 1950, grew up in San Diego and attended  San Diego City College and San Diego State University where he participated in a Filipino American organization, Andrés Bonifacio (AB) Samahan. He has also participated in numerous other community outreach initiatives such as the Filipino American National Historical Society (FANHS) and with KPBS to produce a documentary on Historical Places in San Diego, specifically in regards to Asian American history. He is a now retired professor from Southwestern College where he taught Filipino Studies, Filipino American Studies, Asian American Studies, and United States history. Felix comes from a navy family in which both END_OF_DOCUMENT_TOKEN_TO_BE_REPLACED 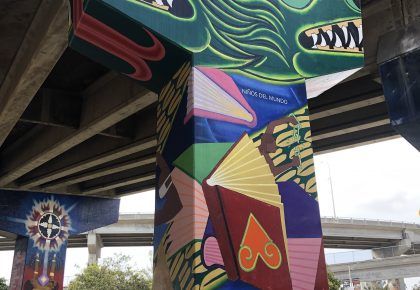 Upon arriving at Chicano Park, I was in awe of the imagery presented in front of me. The murals depicted historic Latin American figures and radicals such as Diego Rivera, Frida Kahlo, Emiliano Zapata, Che Guevara, Fidel Castro, and more. The murals of the Chicano movement in Barrio Logan enable the community to take pride in the history of their own locality. While wandering around the premise, I encountered a woman tending to the upkeep of the garden across the street from where the majority of the murals were. At first, I said nothing, but she soon approached the group I was with and began END_OF_DOCUMENT_TOKEN_TO_BE_REPLACED

Sitting in an unconventional classroom space in front of a panel of five diverse and dynamic community organizations provided a myriad possibilities to conduct ethical historical research and learn history often dismissed by historical oversight. FANHS and their mission instantly captivated my interest because, as an Asian American individual myself who grew up around a Filipinx community, Asian American history is important for both my self-discovery and research interests. My initial impression of FANHS was that they were an archival source that engages in higher levels of research and outreach seeing that they publish books, scholarly journals, and frequently collaborate with academic institutions. This is END_OF_DOCUMENT_TOKEN_TO_BE_REPLACED