My first time at Chicano park was last year during Chicano park day and it quickly became one of my favorite places. Last Thursday I found myself looking at murals that I had never really seen before despite the number of times I had been at the park. The first picture I attached to this post was one of the murals I had not seen before, however it has become one of my favorites because it depicts a Chicano man and I find the message below it empowering as a Chicana. The message reinforces the pride of being ChicanX and rejects immigration.

The mural with the man wearing the hat is one that I find a personal connection with it. As a daughter of immigrant parents I grew up listening to the stories of my parents and family members about their experience with crossing the border. The mural honors those who have died on their journey to the United States while simultaneously criticizing operation gatekeeper which pushed immigrants to take more dangerous paths to get to the United States, leading to the death of many.

Last Thursday I had the opportunity to talk to a woman who has lived in Barrio Logan her whole life. I asked if she would be willing to show me and tell me about her favorite mural in Chicano Park, she led me to the Brown Image mural. She told me all about how the mural depicts the deer dance which for many reminds them of their Aztec heritage.

The mural with the ICE hand chocking the Mexican man is one of my favorite at Chicano Park. The mural demonstrates the corruption of ICE and the Mexican government toward Mexican immigrants. It also depicts how many immigrants come to the United States to make money and send back to their families in their home country. The bottom half of the mural showcases resistance against the border wall as well as a reminder that those who have died on their journey here have not been forgotten. Overall the trip to Chicano park reinforced my pride in who I am and where I come from. It also allowed me to see the struggles and achievements of ChicanX and LatinX people. 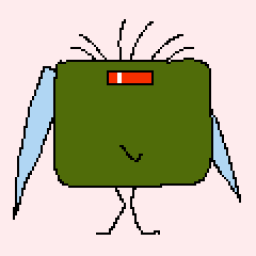