Julie Hendricks is a former Navy Helicopter pilot, now Mutual Aid volunteer and advocate. She grew up in Natick, Massachusetts as an athletic child which later translated into her acceptance to the Naval Academy after high school. She built life-long friendships, embraced the structure and discipline, and learned the true meaning of camaraderie. Although it was not always easy, she was a woman in a male dominated field, often sacrificing her feminism at the cost of fitting-in. Upon graduating she attained her helicopter pilot’s license and became a Navy Helicopter Pilot, flying over Iraq and stationed on an aircraft carrier. Julie shared her experience transitioning from the Navy to volunteer work. She expressed the great deal of learning and growth that took place during this time, from recognizing her own privilege, to educating herself on minority rights, and learning about mutual aid. She speaks fondly of the organization We All We Got SD in which she volunteers as a connector, working directly with organization and community members. In this interview Julie speaks on the importance of growth, compassion, and understanding. She provides insight into the behind-the-scenes of mutual aid, specifically We All We Got SD, and encouragement for others to get involved.

This interview was conducted through Zoom by Josephine Ballard, a Third-year English Literature major and Ethnic Studies minor at UCSD, who is interested in learning more about the power of mutual aid. 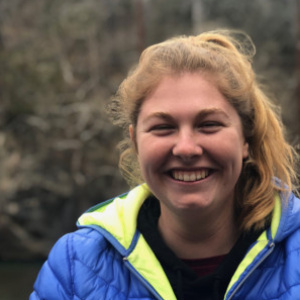