Detainee Allies started in June 2018 in San Diego as a group of concerned friends and neighbors sitting around a table in the Del Cerro neighborhood. They were all upset how bad people were being treated, and nothing was being done to help. Some of them have never done anything like this before; some of them are long-time community volunteers, or activists. With their combined knowledge, they understood how limited they were in ways of helping. It came down to one simple way they could help, which was donating money. Unfortunately, they do not have more to support every person who is detained, so they moved on to their second option, which was writing letters. To their surprise, the first 15 or so letters they sent out would change their way of supporting people in detention centers. This ignited an overwhelming return of letters, which lead for a need of more volunteers to write letters. Now there are more than 250 people in the US and Europe who have signed up as volunteers, and many more have written detainee postcards at events. They are a diverse group of people with careers and families. They have realized the power and impact a letter can have, not just for their community, but on the state. Letters are have much more meaning than a tweet, post, blog, vlog; it is one of the original forms of communicating and documenting, so information can be passed on. At some point in time, that letter was touched by the creator of the letter; it is an intimate experience.

Letters written by detained migrants tell stories, from an individual background to a collective experience happening at the US-MX border. A monthly newsletter has been created by SDSU graduate student interns, and carried on by our HIUS 120D group this term. Just like the letters detainees receive, the newsletter acts as a reminder that there are people who see them and are fighting for them. Distributing a monthly newsletter to our detained friends would allow them to feel connected to the outside world, as well as remind them that someone cares enough to put together a newsletter and send it to them.

Beginning with a background on the editorial, the newsletter contains a paragraph in the top left corner that provides information as to who Detainee Allies is, what they do, and what they can offer. This editorial section portrays their values as an organization, and the mission for this newsletter as being a resource guide and to build community within detention centers. The information on the grievance form is one of the most important parts, containing what rights they have in the center, what can harm your case, and what is being monitored.

The longest section is the News, which works as a way to connect detained migrants to what’s happening in the outside world and possibly the countries they come from. For the newsletter we did this month, we included articles on Nicaragua and Guatemala. When choosing news topics, we included good news from those countries, not trying to cause any more stress or anxiety to our detained friends. This was kind of a tough thing to accomplish, because popular news outlets that have covered events in these countries focus on the migrant situation, attempting to portray asylum-seekers as second-class people. We also did background research on the countries we included to provide a more accurate and informative news section. For Guatemala, we found and summarized an article covering indigenous resistance against a foreign-owned silver mine, and what victories have come from it. For Nicaragua, we chose an article that covered the releasing of one-hundred political prisoners, part of a total three-hundred that was agreed upon by both the government and opposition.

Lastly, art and puzzles are included to help occupy time. The artwork that is included comes from our detained friends, encouraging others to create art, poetry, and write letters. Many have returned these letters in the past, showing how migrants have interacted with these letters by telling their stories and how thankful they are to be helped and heard during these hard times. By bridging their struggle to the public through these letters, narratives portrayed by conservative think tanks and the executive branch are challenged, shedding light to stories that are isolated in these detention walls.

Although this newsletter may seem simple, a lot of time and energy has been put into it in behind the scenes. Hours of research, editing, translating, and communicating with our group and friends at Detainee Allies has helped create this monthly project. This project is also influenced by the needs of our detained friends, shaped by the stories they share with us. As a developing project, it may change in the future as new problems, legislations, or resources arise. 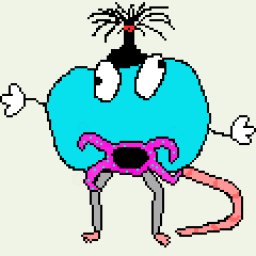