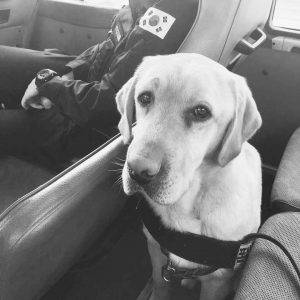 Hello. My name is Kyeongbin Kim (. I think I have lived in quite a few different places. I was born in South Korea and then moved to New Zealand for high school. My high school in NZ was a boarding school. I have more memories in this school than in previous 15 years of my life. That is, I had a plenty of fun experience with students who had different backgrounds. We sneaked out of the dorm from time to time during the night and had some good night snacks. I don’t know why but at that time we were eating a lot. By the time I became 11th grade, I moved to different school in Saipan. Many people do not exactly know where this island is. It is quite close to Guam and the weather is normally like today in La Jolla. Here, I first discovered the beauty of scuba diving. I love when I look upward to the surface of the water while I’m under water. Of course, I enjoyed swimming, barbecuing in the beach, and snorkeling after school. I think it was this time around that I became interested in pacific islands and indigenous people in these islands. A few of my teachers in Saipan were Chamorro people who were considered to be native people in Saipan and other islands such as Tinian and Rota. I am particularly interested in their musical instruments such as Ukulele because I thought the sound of those instruments is well suited to the chilled and peaceful vibe of the island. However, I wasn’t really paying attention to the history of Chamorro people. While I watched the videos for this week, I was quite shocked about how colonization proceeded during WWII in Papua New Guinea. I believe Chamorro people had similar form of lives during WWII with New Guineans. I’d like to research more about this topic later. After graduating from high school in Saipan, I went to college in San Francisco Bay Area and transferred to UCSD. I paused my education and joined the special force in Incheon International Airport in South Korea. It was mentally and physically the hardest time of my life but at the same time I grew up mentally and physically. I spent so much time with police dogs and trained them (or they trained me). Currently, I am studying in UCSD and majoring Pharmacological Chemistry to become a vet. I love playing soccer and reading detective novels. My favorite detective storywriter is Higashino Geigo. However, due to school works, I could not play soccer and could not read books for a while. I am planning to visit Saipan after this summer quarter to meet my teachers and lucky friends who still live in that beautiful island. I want to spend my later years in this island working as a vet and get little lazy.