I was able to visit the doll making workshops both times on April 17th and April 25th. These were the first times I had gone down to Casa Familiar. It was a really beautiful experience being able to engage with kids in an artistic and creative way, where they are able to express who they are and how they see themselves. The intentions of the workshops were for the kids to be able to create a doll for themselves that looks like them or however they want it to look and they could add a recording of themselves to the dolls as well. I thought the workshop was really cool and accessible to folks as kids would be coming from school to visit the center for the workshop. I got to meet and talk to a lot of people and conversations would start organically through their art. Some of the kids would help me choose colors for my drawings and I would help them out with their designs as well. Folks shared a lot about their family, their history. One of the students I got to work with was making her doll for her mom. She included a voice recording saying, “Te quiero mami.” You never know how these workshops will impact people and I think all the kids were able to create something beautiful. I got to make a doll myself during the first workshop. It was an interesting process in drawing myself. They had mirrors that you could use to look at your reflection to draw yourself. Both of my visits went well and it was interesting to see how the kids would draw themselves, some of them would draw themselves really small because they are kids and some would have different colored hair, etc. Everyone had a unique design to represent themselves. At the recording station, everyone was doing their own thing, and there was this one group of three girls that created a doll together. I helped them with their recording as they collectively laughed and made jokes for their doll. These workshops brought a lot of people together from all ages and it was nice to be in a space where people can also express themselves creatively. 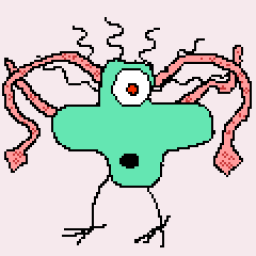