Dear Future HIUS 144 Students, First off, congrats on enrolling in such an amazing class! You have chosen wisely. I honestly enjoyed this class because of the great site partners we had. I was paired up with CASA Familiar. I went to their art workshops which were hosted by Rizz. She’s an awesome local artist that came up with a cheap but well planned and effective doll-making workshop that serves as a conversation starter for local communities. Rizz explained that she didn’t see ethnic dolls when she was growing up, so she decided that a workshop where kids could draw themselves was a better representation END_OF_DOCUMENT_TOKEN_TO_BE_REPLACED 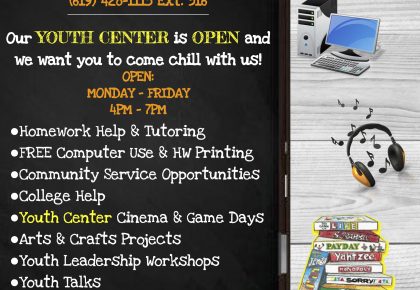 I was able to visit CASA again, and this time I went to their other facility where the tutoring sessions are conducted. Yesenia was there admitting the kids who were dropped off by their parents, or walked their from their school which was nearby. At first the only student present was a girl named Naomi. I noticed that she was pretty fluent in English and Spanish, although she preferred to speak Spanish. She was shy with us at first since we were new to the session. However, another tutor showed up whom she seemed to recognize instantly, and she opened up more by starting to END_OF_DOCUMENT_TOKEN_TO_BE_REPLACED 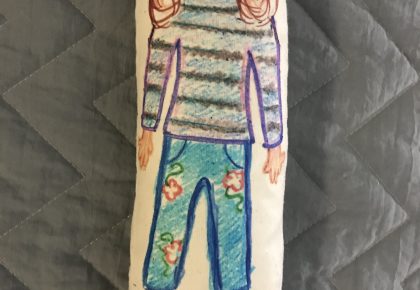 On my first visit to CASA Familiar I was able to partake in the doll making workshop that Rizz was hosting for the first time. There was about 5 kids there when I showed up, as well as Jessica, Cindy, and Absaala. Later on in the day more children came and it became a very interactive experience. I participated in the art workshop by making a doll that I thought represented me and how I look. According to one of the art volunteers the point of this activity it to create dolls that represent the diversity of the community. She stated that she never had END_OF_DOCUMENT_TOKEN_TO_BE_REPLACED 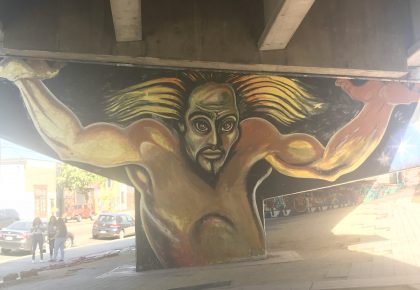 As part of the HIUS 144 class my classmates and I were able to travel to Chicano Park to see the murals. I had thought that it would be my first time visiting the park since I had no recollection of being there before. However, as soon as I took a look around and saw the colorful murals that were painted under the Coronado Bridge off the I-5 ramp, I remembered that I had been there long ago with my father. I was around the age of 7 or 8 when my dad had brought me to take pride in the Chicano/x paintings that highlighted END_OF_DOCUMENT_TOKEN_TO_BE_REPLACED 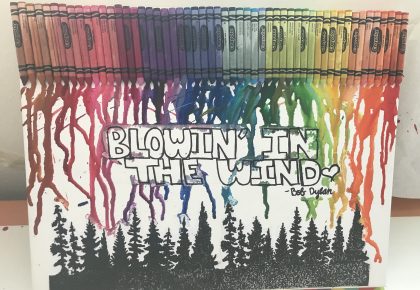 For my art project, I tried to encompass my experience hear at UCSD with my interview recording. I was able to record a local family friend who was born in El Salvador and immigrated to the States when she was eight. She told me that she lived in Mexico for about a year before coming to the US in order for her family to earn some money to pay for the traveling expenses. The reason that her family left El Salvador was due to the Salvadorian Civil war that began in 1980. She told me about her upbringing here in the States as a child END_OF_DOCUMENT_TOKEN_TO_BE_REPLACED