Advice for the Next Class :)

First off, congrats on enrolling in such an amazing class! You have chosen wisely. I honestly enjoyed this class because of the great site partners we had. I was paired up with CASA Familiar. I went to their art workshops which were hosted by Rizz. She’s an awesome local artist that came up with a cheap but well planned and effective doll-making workshop that serves as a conversation starter for local communities. Rizz explained that she didn’t see ethnic dolls when she was growing up, so she decided that a workshop where kids could draw themselves was a better representation of everyday people. I think it’s a great idea!

I went to three of her workshops in total and I was able to start conversations with the kids who came. I asked them about the colors they chose, the designs they put on their clothes or shoes. Plus there’s a 20 second recording device that allows you to add your name, and a little bio of yourself. Another event that I got to participate in was their youth tutoring sessions. It was nice to go and help the local community, and while some of you may be afraid to tutor, trust me it isn’t hard, in fact I thought it was fun. The kids you meet there are hilarious and have big personalities for such tiny bodies.

I will say that you have to devote  certain number of hours to this class. As long as you put in the time and effort you should be fine! This was our trial-run since we were the first group of students to take this class, and there’s some things that should be tweaked but overall it was very rewarding! I hope that this class continues to be offered because there isn’t anything like it. I was able to go to San Ysidro in the middle of a school week to go and connect with the community, and I was offered credit for it! I mean I think it’s extremely important to immerse yourself in the local culture while being here at UCSD, and a big part of that is getting to know the local people in your community. That being said I was one of those people that stays on campus 24/7 and doesn’t leave till breaks or long weekends, to go home in LA. So this class really did offer me the opportunity to get off campus, and interact with people that I would have never met.

The most daunting thing about this class was recording the oral history and conducting the interview. I’ve never used or seen the recording equipment that we used. I’ll give you a huge tip that helped me, youtube! I learned how to use the device through there and also how to upload the recording on l my laptop after. If you like a more person-to person interaction when dealing with equipment you can always ask the graduate team. Hopefully they’ll still be involved in the project because they knew how to use the recorders and had workshops in class that helped us also get familiar with everything.

Overall, I would say recording oral history is very important in the grand scheme of things. We’re able to create “desire-based research” as Eve Tuck would say, and help document the people that live here today. It’s meaningful when you sit down someone a record their story, it shows that you care, and they get to be heard. I actually did a DOC project around starting an Oral History Center here at the UCSD Campus because I think students could benefit from the empowerment of recording your story and sharing it with others.

Enjoy the class, get involved, and make meaningful connections! 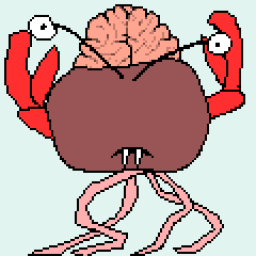